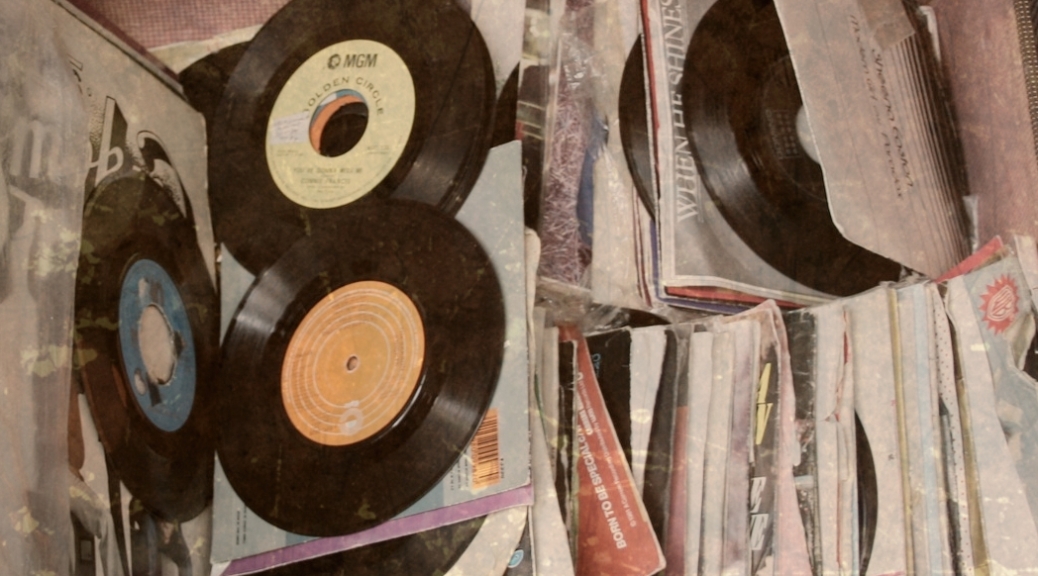 The sixties were the best time to be alive. The sun never seemed to set. The music flowed like water and love fluttered through the air like butterflies. It was a time of freedom, liberation, and of coming in to our own. The grey war years were behind us and it wasn’t cool to be a square. We wanted colours, life, love, and happiness.

Everyone was in a band, from the guy who worked the liquor store cash register to the office desk jockey. Folk, blues, rock n’ roll, gospel; everyone was playing something and everyone had a platform to perform on. Bars, dance halls, colleges, even the local bookstore. If you wanted to play, you could find an outlet.

Me? I was a drummer. You know, that dude that no one wants to hear sing, sitting at the back of the stage and bashing away at my skins. You couldn’t spit in this town without hitting a guitarist or singer. But drummers? We were like gold dust. We were special. Every band wants a piece of us and, for the right price, they got us.

My band was made up of four guys who were all hopped up on LSD. Psychedelic rock, delving in to our minds and uncovering the secrets that were locked deep inside. We sang about drugs, women, far off lands, outer space, life, death, and everything in between. We called ourselves Sweet Paradise and put out three beautiful albums before the decade came to an end. Three amazing and ethereal albums full of the kinds of songs that have everyone has forgotten about. Well, everyone except for you, perhaps. Maybe you’re reading this because you want to remember. Or maybe because you want to forget.

Then everything came to a crashing end. It always does eventually.

We all made a pact that, if the inevitable happened, that we’d meet again at my studio. On The Rocks was the name of the place because, well, I liked my whisky on the rocks. The studio was a rickety building in a shanty part of Hollywood. We weren’t the only degenerates in that area and the buildings around us mirrored the mindset with colourful graffiti, bells strung from windows and they heady scent of patchouli. The studio boasted shag carpet on the walls and a sound board that had seen more action than I did in my thirty-three years. The sagging couch had more suspect fluids on it than a chemical warfare lab. That place was a Grade A biohazard.

Which is probably why it was razzed to the ground. Whoever bulldozed it had the bright idea to rebuild it as another studio. Even named it after us. Sweet Paradise Studios.

The inevitable did happen, and the four of us all passed within months of each other. Overdose, car crash, drowning and, finally, me. My death was listed as alcoholism. In reality, it was the heartbreak of losing my comrades and brothers in arms that finished me off.

Do you know what heartbreak feels like? Man, it’s the most distressing, depressing, soul destroying pain. It’s an ache that no balm can sooth. It’s tears that won’t stop flowing. It’s screaming until your lungs are raw. It’s drinking to try and heal those wounds and failing every step of the way.

People think that musicians have troubled lives. That we all have parent issues and strings of failed relationships. Not me. I had the perfect childhood in Pasadena with loving parents and three wonderful sisters. I was the youngest, the baby, and my preceding memories are of them taking me everywhere with them. Roller derbys, dance halls, shopping; wherever my sisters went, I went with them.

The amber nectar was my way of coping with our sudden rise to fame. The demands, the loneliness, the constant bed-hopping, not seeing your home for months at a time. The managers, the agents, the producers, the fans, the groupies. All of it takes its toll and, sooner or later, you find the vice that will help you to cope.

And it was that devilish liquid that I turned to when life began to pick off my friends. I mourned them, both as people and as a group, my heart breaking with each passing. Eventually I was too far gone to rescue and, like those who went before me, I joined the fabled Thirty-Three Club.

Jesus died when he was thirty-three and so a cult-like status has grown around any public figure who dies in that year of their life. I’ve watched as my name has been forgotten and then revived, scrawled on school books and painted on buildings. People light candles on my death date and lay flowers and mementoes at the studio’s old site. Our albums have become collectors items and my face adorns a thousand tshirts. And all because I died at thirty-three.

Is this what the life of a musician has been reduced to? Do we gain more recognition in death than in life? Did I have to die before my songs could become popular? Was all my work created that others could profit from my name?

Every year, I watch as kids – because that’s all they are – kneel before the glistening white building that replaced mine and whisper prayers in my name. They beg me for forgiveness. Plead for a better life. Implore me to send them fame, money, inspiration… At 11.23pm, the time of my death, they hold one another and sing our song Midnight Heaven.

Stars kissing the night,
he moon a sliver crescent.
My soul becomes a kite,
Flying to the heavens.
To live with those who might,
Create the world I long for.

I watch as they pay tribute to me, year in, year out, and I wonder when this posthumous fame will die. I wonder if they realise that they’re being watched? I wonder if they know that I can’t grant their wishes?

The nights are growing longer and the date of my death is growing closer. Already candles and flowers are beginning to gather. Trapped behind the third storey window, I can see a patch of rainbow colours beside the door. There’s a plaque now with my name engraved on it. I’ve never seen it but I have heard the kids whisper the words that are etched in to the metal.

Over the following days, more flowers arrive and the candles are replenished. Kids, many younger than me and most destined to see their thirty-fourth year, stop before the building. A few pause and look up at the windows, maybe imagining the building that once stood there. One or two possible see me gazing down at them, my face shadowed by the mid-day sun.

As night falls, more people arrive in groups of two and three. Slowly the groups melt in to a crowd. They hold candles before them, the flames illuminating their youthful faces. Their whole lives are ahead of them yet their focus is on someone who died many years before they were even conceived.

I’ve never been able to wrap my head around the hero worship of the deceased. I saw it with the likes of Hendrix and Janis when I was alive. People mourned for those musicians that they didn’t know nor ever met yet whose music had inexplicably touched their lives. At the time, I’d debated how bizarre it must be, as the musician’s family, to see so many strangers come and mourn their lost loved one. Did they find solace in the strangers who lined the streets? Or did they wish that the intrusion would leave them alone?

I don’t remember my own funeral. All I remember is waking up one day and being back in the building that had replaced On The Rocks, a building with sterile white walls and silent elevators. A building that’s a far cry from the rickety one that I owned so many years before. A building that sees music made on computers rather than tape and big sound boards. Sure, we get bands passing through here all the time. But it’s not like the old days. It’s not like when we’d roll up in a drunken stupor and spend the next forty eight straight hours recording. Now they come at nine and are clocking out at five. But it’s the thought that counts. They’re making something even if it’s not to my taste.

And waited some more.

But the rest of the guys have never turned up. They’ve not kept their part of the pact to meet me back here so that we can make music together for eternity.

I think about them every day and wonder where they are.

And hope that their afterlives are as filled with colour, speculation, and intrigue as mine is.

Born and raised in the heart of England, Rae Gee spent her formative years bouncing around the globe with her missionary family. When she wasn’t on a plane, she was often found with her head in a book. These days she racks up air miles by learning to fly.

When she’s not writing or reading, Rae enjoys going to concerts and adding to her music collection. She’s also involved in Nottingham’s Brilliant Books project which encourages young people to get involved with reading and creative writing.

Her pride and joy is a tattoo of a Boeing 747 and is only too happy to tell the tale behind it. Feel free to ask; she promises not to bite too hard!